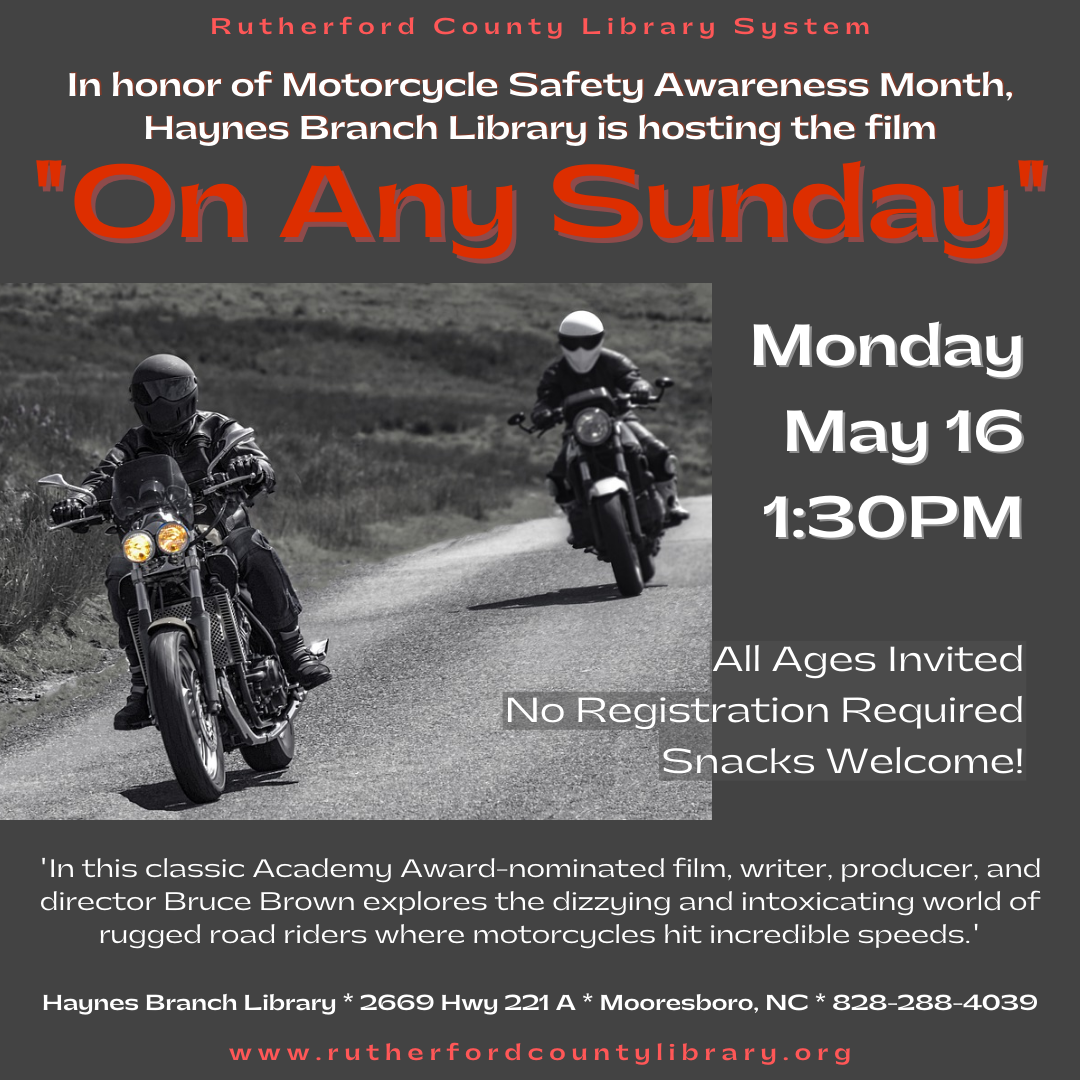 “In this classic Academy Award-nominated film, writer, producer, and director Bruce Brown explores the dizzying and intoxicating world of rugged road riders where motorcycles hit incredible speeds. Segueing into the grueling excitement of a muddy and murderous motocross race, the film then moves on to the tortuous mayhem of the Mexican 1000 off-track trial race down the Baja Peninsula. An exhilarating experience that puts you in the driver’s seat!

“I think Bruce Brown’s motorcycle film On Any Sunday is the best thing that has ever happened to motorcycling,” says Steve McQueen. “The audience is taken on a visual ride in what I believe is finally the definitive film on motorcycling. To me it is an unforgettable film, and I was very happy to be a part of it in some small way.” Starring Steve McQueen, Malcolm Smith, and Mert Lawwill. Rated G. (96 minutes)” (description provided by website)

All ages welcome.  No registration required.  Bring a snack and enjoy the film!